HOW DOES ETHOS PRACTICE SUSTAINABILITY?

+ Ingredients with the lowest ecological impact. 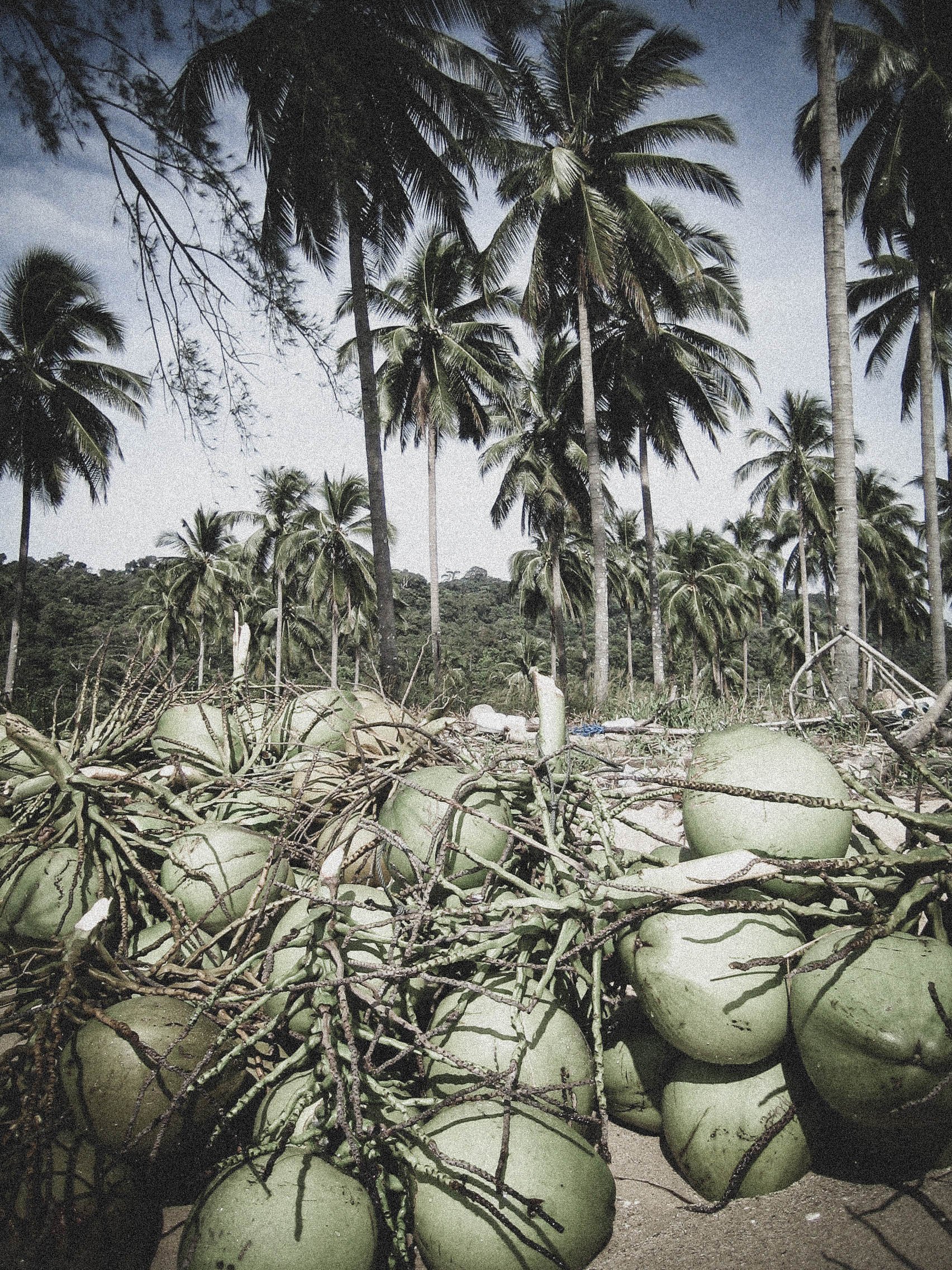 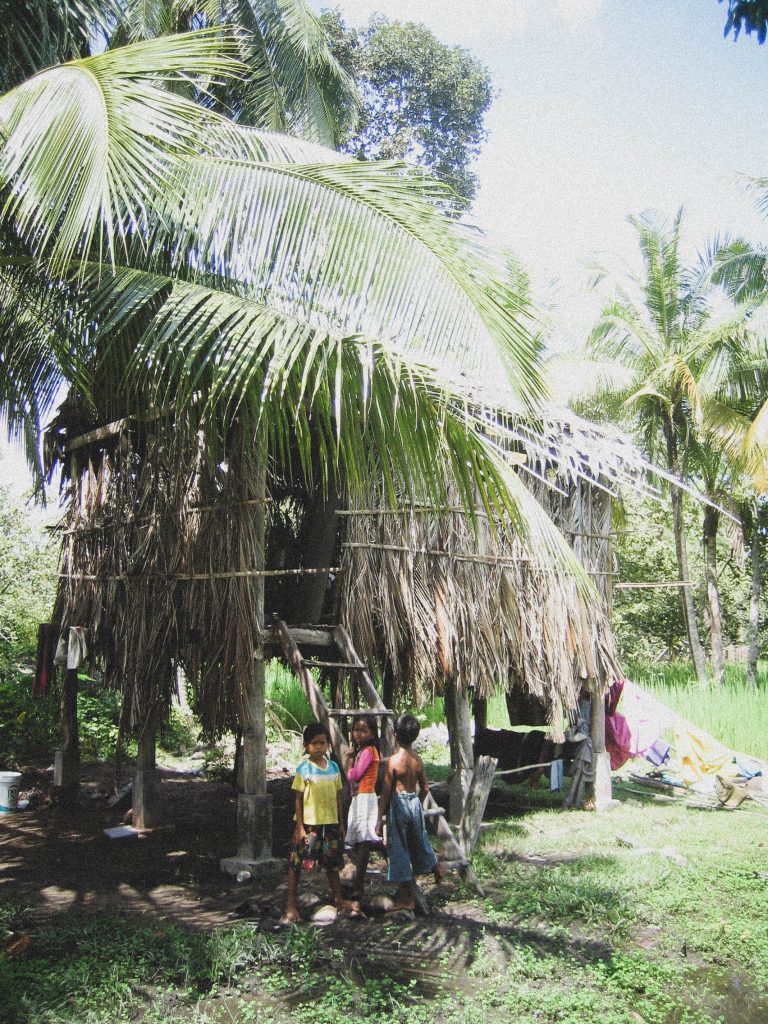 Cambodians are unfairly bearing the brunt of climate change -'our why'.

CAMBODIANS SEE THEIR CLIMATE’S CHANGING, BUT MOST HAVEN’T HEARD OF CLIMATE CHANGE.

Cambodia’s one of the top ten countries in the world most affected by climate change, yet its own emissions are minuscule (4,400% lower per person than ours).

80% of Cambodians depend on the annual monsoon cycle to eke out a living. As the world warms, changes in water cycles have caused more severe droughts and flooding there.

During drought and without irrigation they can’t grow rice, and lose most of their income. Without income they can’t send their children to school or eat enough. There’s no safety net.

To make matters worse, Cambodia’s got one of the fastest rates of deforestation in the world – since 2000, 25% of tree cover has gone, mostly cleared for large rubber plantations.

Over the last ten years, we’ve seen first-hand the impact of worsening drought and floods on people in Kampot, some of the poorest people on earth.

Cambodians need help to build resilience. Ethos is our small way of doing that. 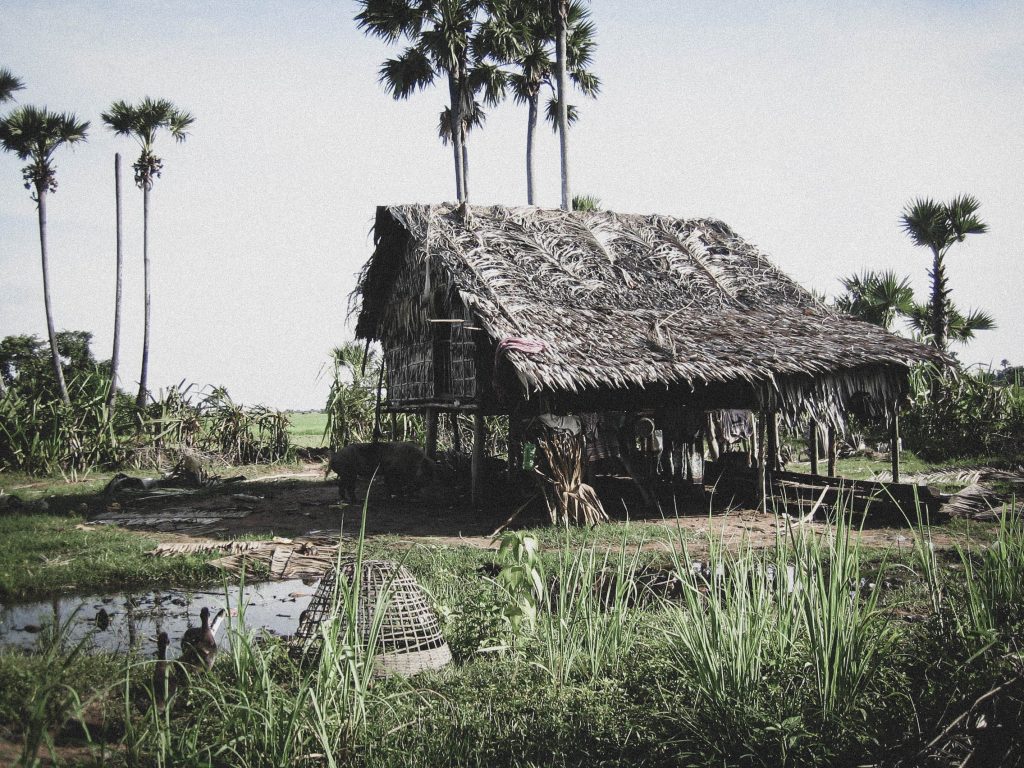 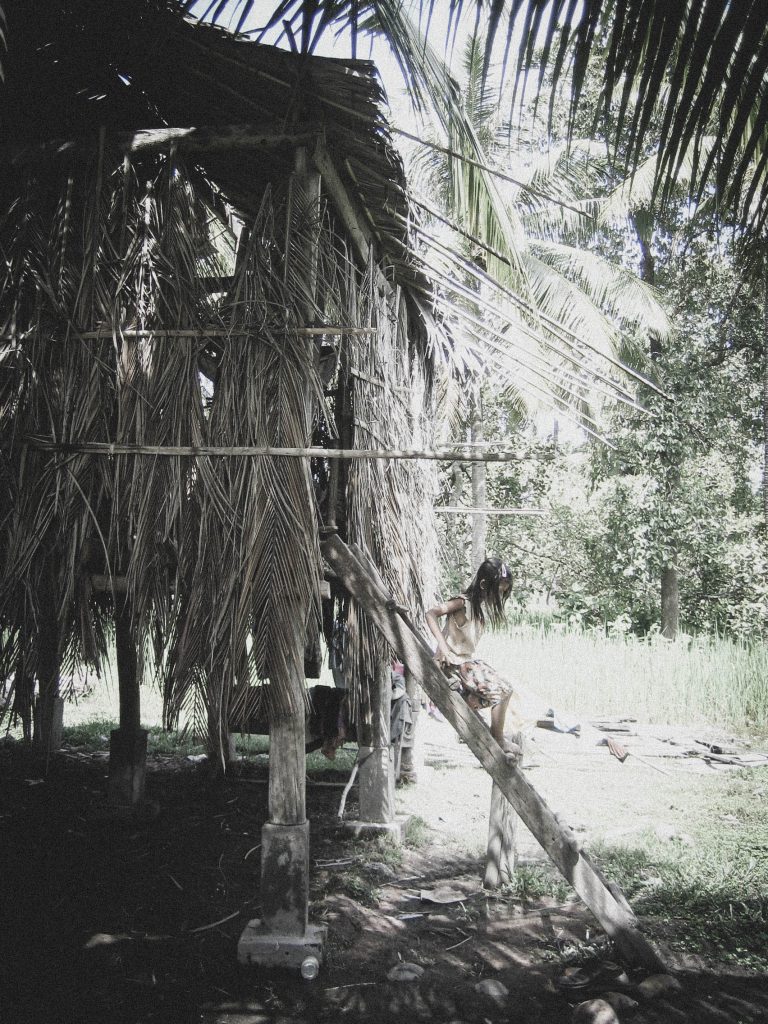 Coconuts in Cambodia are grown by small-hold families and are an abundant rain-fed resource in the villages that don’t need chemicals.

However coconuts get sold cheaply to middlemen for cash when they’re immature (as drinking coconuts), earning them negligible income.

Through our long-term relationships we buy coconuts when they’re mature direct from up to 600 families for a fair-trade price. We also support the fair-wage employment of women who process them into handmade antioxidant-rich coconut oil. We turn that oil into sustainable skincare in Aotearoa, and profits from our skincare go back into our social enterprise, Catalyst, on the ground in Cambodia.

Catalyst supports a network of families to diversify their incomes by raising free-range indigenous breed chickens. We know the name of each one of these farmers, how much each family’s income & life savings have increased and how it’s benefited them.

Our coconut supply chain is short. We buy direct from the tree. 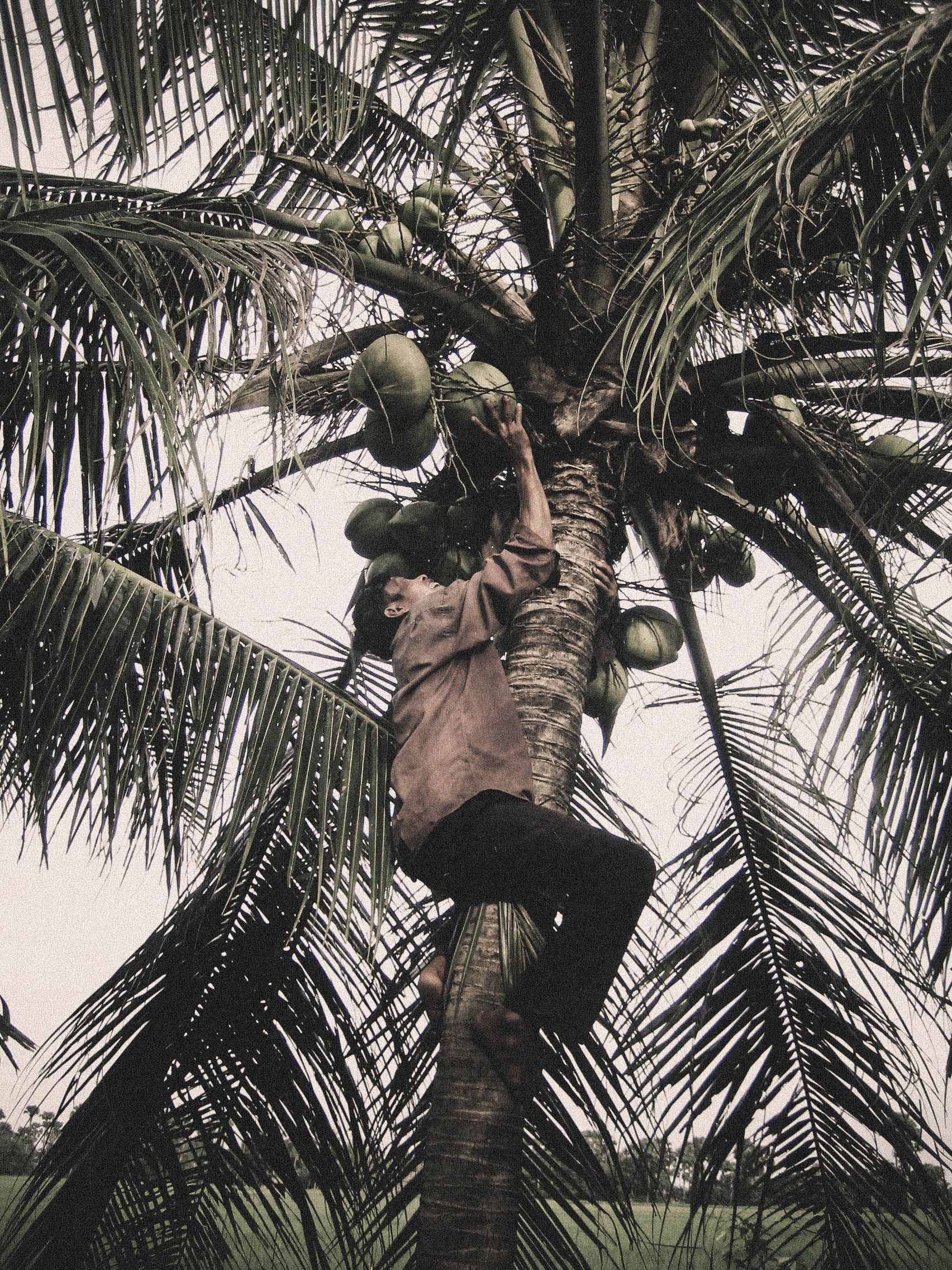 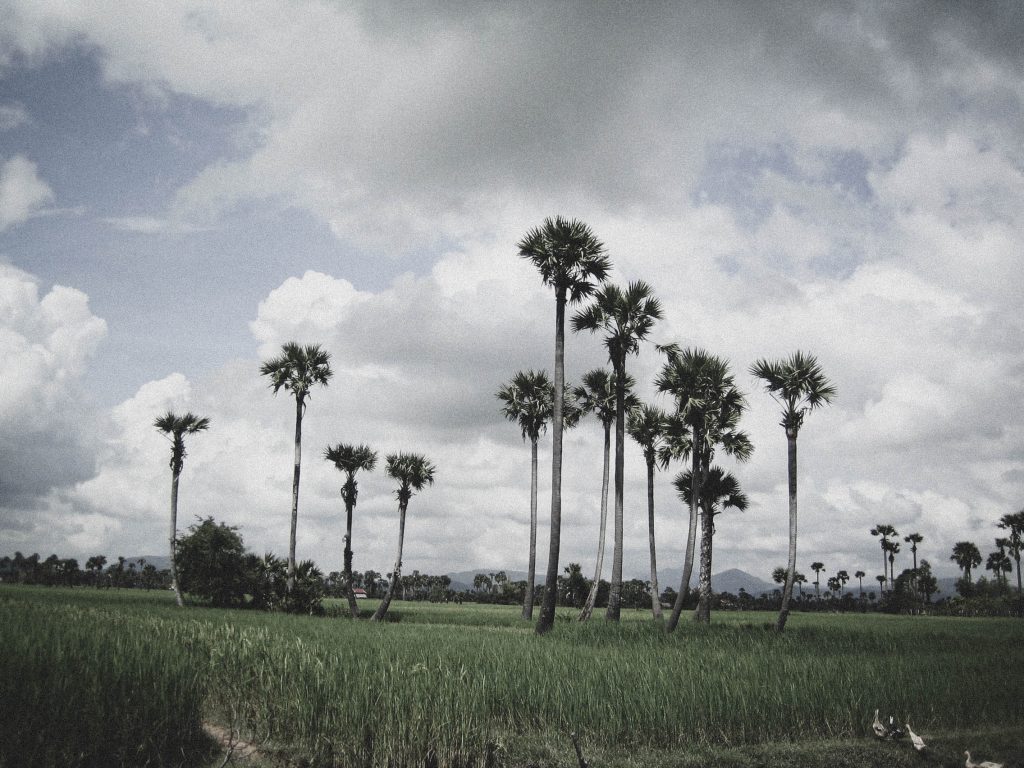 Coconut agro-ecosystems can store up to 24.1 tonnes of
carbon per hectare, per year.

ASIDE FROM FOOD & OTHER PROVISIONS THE ‘TREE OF LIFE’ PROVIDES,  ITS ENVIRONMENTAL BENEFITS ARE
INVALUABLE.

Coconuts have a high carbon storage capacity when planted with other crops like mango, and can help mitigate climate change. Coconut-based agro-ecosystems can store up to 24.1 tonnes of carbon per hectare per year.

20% of Cambodia’s three million coconut palms grow in Kampot, so its 4,868 hectares of coconuts already has the potential to sequest 117,318 tonnes of carbon each year. The coconut palm’s root ecosystem also harbours diverse microbes that improve soil quality.

We want to scale that environmental benefit by planting new trees on unproductive family-owned land in Kampot. We’ll be distributing seedlings to local families who currently have between 10-30 palms. This will also provide them with extra income within five years that will last for decades.

To achieve that, our Kampot social enterprise is setting up a coconut seedling nursery, sourcing village seed stock to protect local biodiversity. Families will also be encouraged to save their own seedlings. 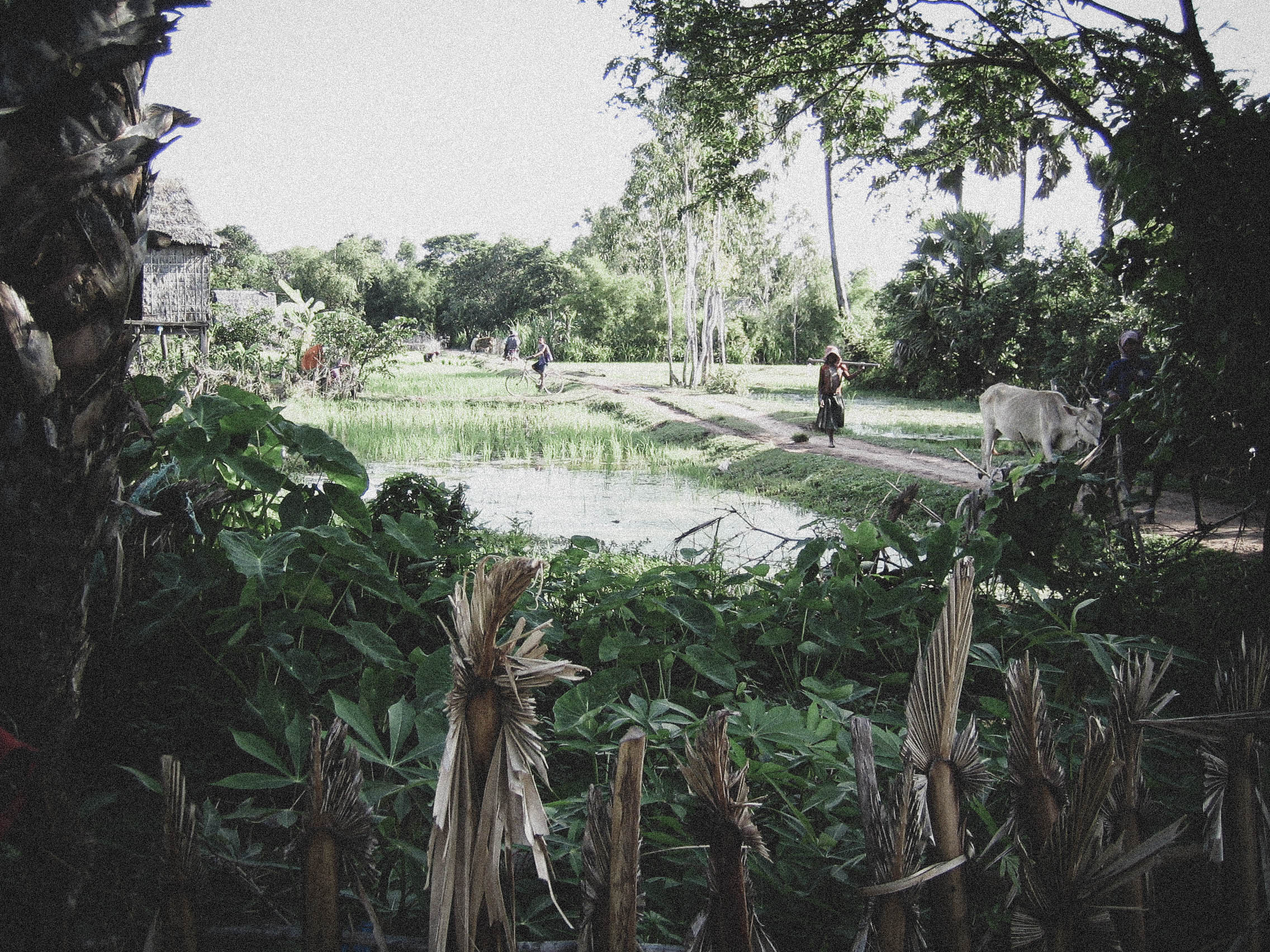 We support and source key ingredients from small-hold family growers as they hold the greatest potential to protect the environment and continue traditional cultural relationships to the land.

We don’t use any synthetically-derived ingredients because they create toxic byproducts during manufacturing. Every ingredient we use in our products has an Environmental Working Group (EWG) rating of one – the best for human health & ecosystems.

Many synthetic ingredients used in conventional skincare aren’t completely broken down by our wastewater treatment systems and end up in our waterways harming marine life. Phthalates from synthetic fragrance are one of the most frequently detected persistent pollutants, recently found in marine mammals. In humans they disrupt our hormonal systems and are linked to cancer.

We choose glass for most of our products because it’s infinitely recyclable and avoids plastic contaminants leaching into our products. We’re working on a plan to introduce refilling and reusing options for our products in 2020 via retail outlets.

Our goal is to become climate positive (beyond carbon neutral), meaning we remove more carbon than we emit. Our sustainability goals are a work in progress and we’re at the start of our journey to meet ambitious sustainability targets.

People & the environment come before profit 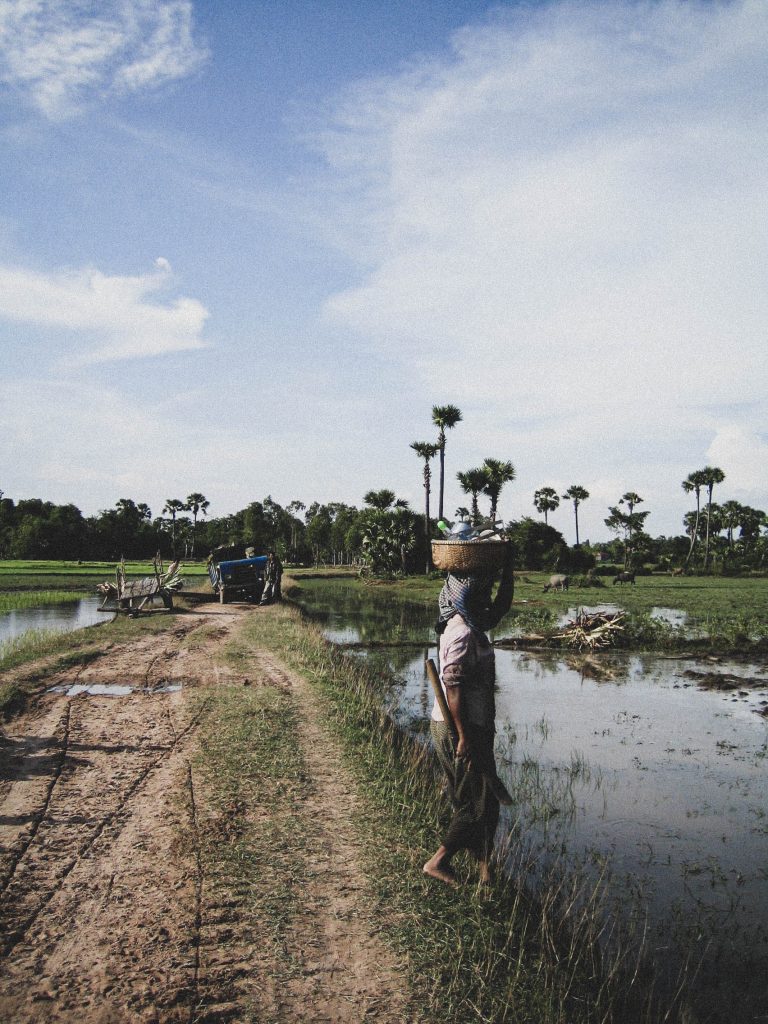 As a social enterprise, it’s our responsibility to address all three areas of sustainability and grow our business so that we can create as much social & environmental good as possible.

Early on in Cambodia we saw first-hand how aid programmes often left people and their environment worse off, and research also shows that foreign aid has actually hindered sustainable economic growth in Cambodia.

We saw an opportunity instead to drive social change in Cambodia through ethical business, creating skincare that challenges the global beauty industry status quo.

The beauty industry is one of the most polluting industries globally, creating 120 billion packaging units a year, most of it ending up in landfill or marine areas. Seven mega corporations own 128 beauty companies, controlling the way we think about beauty. Beauty corporations make billions of dollars annually, while people who grow natural ingredients like coconuts that go into their products don’t earn enough to meet their basic needs.

The virgin coconut oil market is likely to reach $4.2 billion annually by 2024. We want to lead the way in making sure families who grow coconuts get a fairer share of those profits and don’t have to rely on aid handouts.

What you buy can change the world 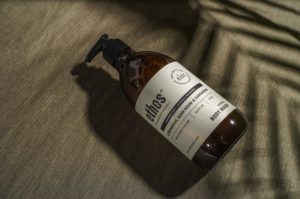